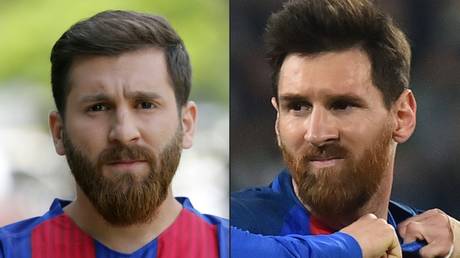 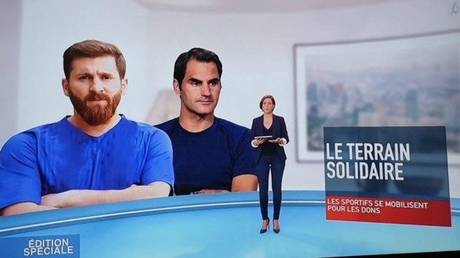 A French TV station had an embarrassing blunder when they used an image of a Lionel Messi doppleganger in a news report about famous sports stars making charitable donations to help in the fight against the coronavirus.

French station M6 broadcast an image of Swiss tennis ace Roger Federer alongside what they thought was a picture of Barcelona star Messi, but instead used a photograph of Iranian lookalike Reza Parastesh who bears an uncanny - if somewhat more portly - resemblance to the six-time Ballon d'Or winner.

Parastesh came to global attention some years ago for this reason and M6 are the latest group to have mistake him for his world famous counterpart.

He has become something of a celebrity in his homeland and at one point in 2017 required police protection due to the commotion he was causing on the streets of Iran as football fans clamoured for a picture with him.

"Now people really see me as the Iranian Messi and want me to mimic everything he does," he said of his sudden fame at the time.

"When I show up somewhere, people are really shocked."

The actual Lionel Messi had made headlines after Barcelona players agreed to a cost-cutting measure to have their salaries adjusted in the wake of the coronavirus outbreak in Spain in a move designed to limit the financial burden on the club with La Liga currently indefinitely suspended.

The Argentina captain has also revealed details of a $1.1 million donation which will be split between a hospital in Barcelona and another in his hometown of Rosario in his homeland.

Federer, meanwhile, has arranged for a $1 million donation to families potentially vulnerable to the virus in Switzerland - among the latest moves made by sports stars in their efforts to assist in the fight against coronavirus.